Bunyip in the Forest is an original scary story from Victoria, told by Francis Firebrace.

A LONG TIME AGO, a family of Aboriginal people, lived right near a big, deep rainforest. In this family was a mother, father, a little boy and his older sister. Their father was renowned in the tribe as a great warrior and hunter, who possessed a magic boomerang.

They all lived happily for a long time, but, the warrior always warned the children of danger, saying, “Whatever you do, don’t go into the forest. Inside the forest, there’s a big, deep waterhole. In the depths of that waterhole, lives an evil creature, called a Bunyip. He’s such a very fierce Bunyip, that it would prove very dangerous to you children, if you ever strayed into the forest.”

So, the children played happily around the edge of the rainforest, within sight of their mother and father. One day, while they were playing, they saw a baby possum on the edge of the forest. Forgetting their father’s warning, they chased it through the trees.

Together, they ran and skipped through the forest, following the trail of the baby possum who knew he was being chased. All of a sudden, the baby possum climbed up the side of a tree and disappeared into a hollow branch, which is where possums live.

When they could find no further sign of the possum, the two children looked around, trying to retrace their footsteps. But, it was growing dark and they couldn’t recognize the pattern of their footsteps on the forest floor. Gradually, as it got darker, they began to realise they were horribly lost.

The little girl, who was the elder child, said, “Come, brother, I’m older than you. I think I know how to find our way home.”

Taking her brother by the hand, she led him along a track, which, she thought, led them out of the forest. Instead, she was mistaken, as the track took them much deeper into the forest. As they rounded a bend, they came across the huge water hole; the one their father had warned them about. 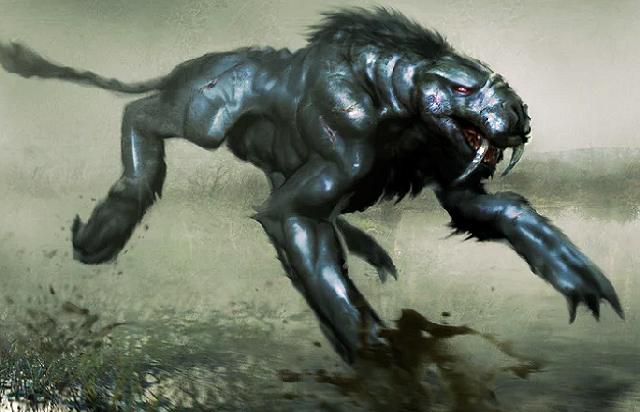