A story from the Gulf Country of the Northern Territory is retold with permission, by Francis Firebrace.

This is the story of what the white people call Didgeridoo; and the Aboriginal people from the Gulf Country call Yidiki.

LONG AGO IN THE DREAMING, a man called Yidiki, who was a brave warrior, was coming home from the hunt, when he saw, lying on the ground at his feet, a hollow branch, blown down from a tree, by a fierce storm. The limb’s larger end was crawling with masses of tiny white termites. Termites are white ants that live on the sap in the branches of trees.

Now, curious, Yidiki picked up the hollow branch and blew through the smaller end, to get rid of the all the termites. In doing so, the branch made a strange and powerful sound.

His interest grew. Quickly, he made a fire. By putting hot embers down the branch, he burned out the rest of the termites’ nest. This made the branch completely hollow.

He then went to a place where there were wild bees and he gathered some wax from their hive. This wax, he molded and shaped inside the smaller end of the branch, to fit his mouth.

Yidiki found that, by practicing breathing through his nose and out through his mouth, at the same time, he could make rhythms, as well as many animal and bird sounds. 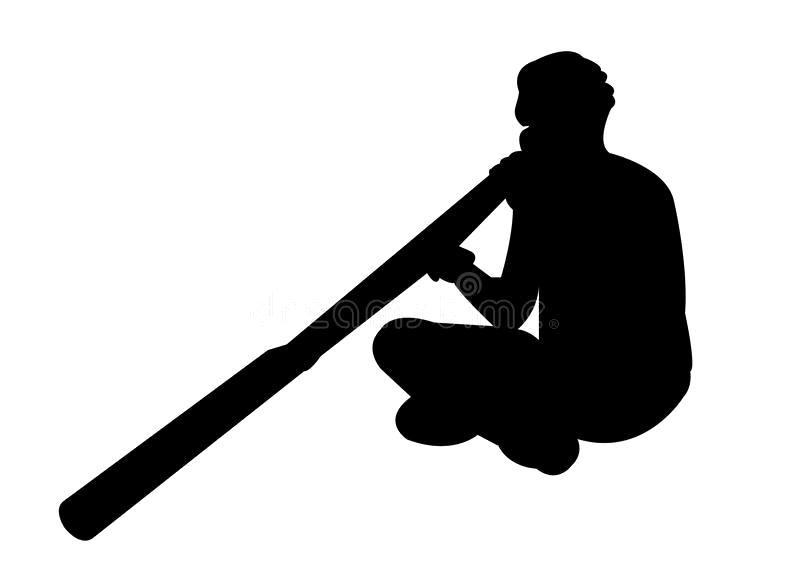