Tidalik – A giant frog story is from the Murray River region of New South Wales, retold with permission, by Pauline McLeod

Greedy Tidalick drinks all the water throughout the land, causing a great drought, which the creatures of Australia try to reverse.

WHEN THE WORLD WAS YOUNG, Tidalick, the little frog, became very thirsty. He began to drink all the water in his waterhole. But, his thirst was not quenched and he soon found more water, within a nearby river and drank and drank and drank.

He drank the streams and then the rivers, the billabongs, lagoons, water holes and all the waterways. It was not long before all the water was in Tidalick’s enormous stomach and the land became parched and dry.

A great drought spread throughout the land. All the creatures, both of the land and of the water, suffered a terrible thirst. Trees withered, the land dried and cracked, and all the creatures suffered.

When they found out that the drought was caused by the greed of Tidalick, the giant frog, the creatures held a meeting, to decide how to get Tidalick to open his mouth and share some of the water. 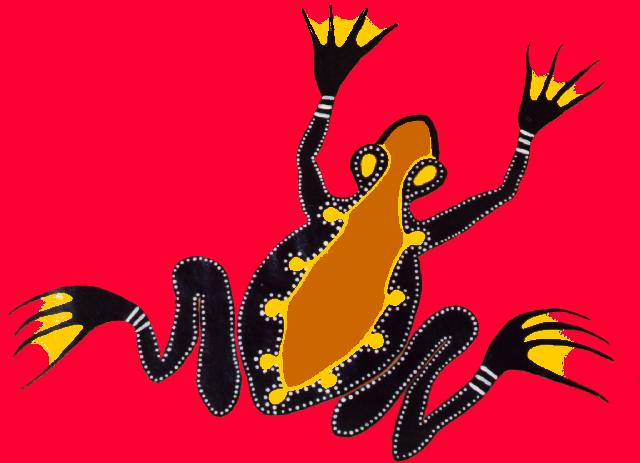