A story from the Mutti Mutti people of Lake Mungo and the Darling Basin retold with permission, by Pauline E. McLeod

BROLGA WAS A YOUNG GIRL who loved to dance. She lived in a time when women and girls were not allowed to dance, but had to sit down and keep the beat, while the men danced.

One day, Brolga could not help herself. She jumped up and joined the men in the dance. At first her people were horrified that a young girl dared to dance. When they saw how well Brolga could dance, they all said she should be allowed to dance.

Before long, her fame spread throughout the land, and people came from everywhere to watch Brolga dance. All the men fell in love with Brolga and they all wanted to marry her.

But Brolga refused, saying, “No! I want to dance!” She said, “If I married, I would be too busy looking after the children; cooking, cleaning, and finding food. All I want to do is dance.”

The men thought about it and agreed that Brolga should continue to dance, so they left her alone.

All, that is, except for one man — an Evil man. He wanted Brolga all to himself. He followed her everywhere.

Brolga’s people saw this and said, “Brolga, stay around the camp. There we can look after you and you will be safe from the Evil man.

Brolga agreed, and for a long time she only danced around the camp. But one day, Brolga danced and danced and danced. She soon found herself across the plains, far away from her camp and her people.

Brolga thought she was safe. But she was not. The Evil man had followed her. He’d tracked her across the plains and he used his magic to make a whirlie wind. Then, he jumped into the middle of it.

Whirling around and around, he chased after Brolga. He picked her up and screamed, “Marry me, Brolga! Marry me, NOW!”

“No!” answered Brolga, “I will never marry you!”

“If you don’t marry me,” said the Evil man, “then you will never marry anyone!”.

Angrily, he used his magic to change Brolga. Then, he disappeared with the whirlie wind.

When Brolga stood up, all sore and bruised, she looked down at her feet. She no longer had the feet of a young girl. In their place, were the feet of a bird. 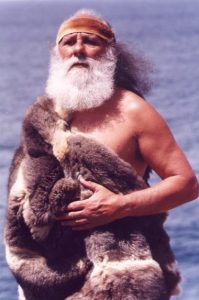 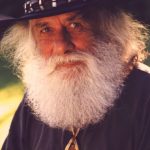