History of Australia – By Sunil Tanna 2007

The first humans are believed to have arrived in Australia over 40,000 years ago. These people arrived via land-bridges and/or sea crossings from Southeast Asia, and became the indigenous people known as “aborigines”. An additional and distinct group of early settlers, ethnically Melanesian, settled in the Torres Strait Islands (the Strait between Australia and Papua New Guinea) and the far North of Queensland.

Europeans first began to reach the area at the beginning of the 17th century. The first undisputed sighting of the Australian mainland was by the Dutch sea captain, William Janszoon in 1606. The Dutch are known to have chartered the western and northern shorelines of the continent during the 17th century, but made no attempt at settlement of what they called at the time “New Holland”. In 1770, British navigator, James Cook mapped parts of the East coast of Australia: the region today known as New South Wales. Cook claimed the area for Great Britain.

The first British colony was established in New South Wales on January 26th, a day that is now remembered as “Australia Day”. The British formerly claimed the western portions of Australia in 1859, and during the 19th century a whole series of separate British colonies were established around the continent. Much of this British colonization was based upon the transportation of convicts to penal colonies, and it was only in 1848 that the transportation of convicts to New South Wales stopped.

The arrival of Europeans had a drastic effect on the indigenous aboriginal population. This fell dramaticly from a high of 350,000 due to the infectious diseases, forced resettlements, and other factors. Indeed, although the issues remain highly controversial and disputed, some historians have characterized the events of the period as genocide.

In 1850s, the European population increased further thanks to a gold rush, and between 1855 and 1890, each of the six British colonies was separately granted responsible government – while the the colonies were autonomous in their internal affairs, they Britain retained control of foreign affairs and defense. In 1901, the six colonies were united in a federation known as the Commonwealth of Australia.

Legally, Australia first moved towards independence from Britain with the Statue of Westminister in 1931 (although Australia did not ratify it until 1942, but then back dated its effect to 1939), which granted effective independence in most matters. Australia however did retain some constitutional ties with Britain for another 40 years, these only finally be severed with the passing of the Australia Act in 1986. It should be noted that the British Queen Elizabeth II is also Queen of Australia, and a 1999 national referendum rejected becoming a republic. 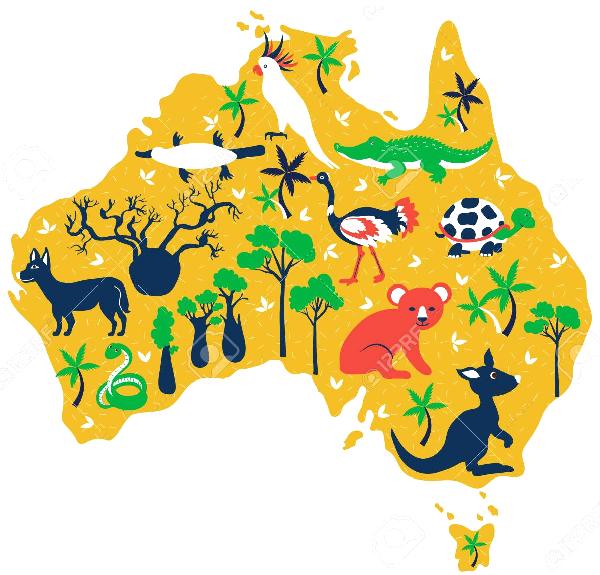