How Koolah the Koala Lost His Tail story is from Northwestern New South Wales, retold with permission, by June Barker

A LONG TIME AGO, when the world was young, Roola, the Koala and Euro, the Wallaby, were the best of friends. They shared the same bark shelter – known as a goondi – and always went hunting together with their boomerangs and boondis. Both were proud of their long tails.

At this time, there was a drought over all the land. Water was scarce, and grass withered and died. Some days, huge banks of dark clouds would float across the western sky, promising heavy rains, but next day the sky would clear as before.

The two friends were camped by a gilghi. They were used to the beautiful clear springs in the Warrumbungles, but here at this gilghi, the little water that was left, had become stagnant. It made them sick, but it saved them from dying of thirst.

Finally, the remaining stagnant water dried up and the two friends became desperate. Euro said to Roola “I remember, there was a big drought like this, when my mother carried me in her pouch. Birds fell from the trees and lots of creatures died around water holes and gilghis. It was so bad, even trees withered up and died.

“My mother traveled a long way, with me in her pouch. Across the plains, we passed the dry reed beds and the Martharguy. All the rivers and creeks were dry. She traveled slowly, because hunger and thirst were making her weak and I was heavy to carry.

“Then, her cousin Bundah, the old man Kangaroo, said to my mother “Why do you carry such a heavy load? You will die. Throw him into Nie bush and come with me. l will travel fast and take you to water.”

“But, my mother wouldn’t leave me to die; she struggled on without any help, even though I was a heavy burden for her to carry. Old Bundah just went on ahead, leaving her to die from thirst.
Buy the book and read the rest of this story:

To read all the stories, click here to buy Gadi Mirrabooka – 33 Australian Aboriginal Stories of the creation 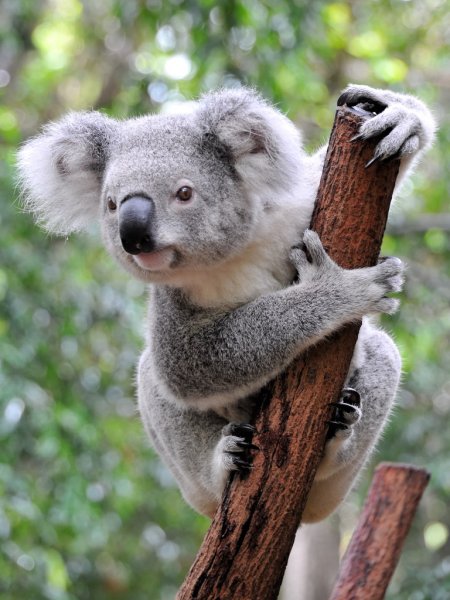