↓
Home→Aboriginal Stories→1-11→6. Birth of the Butterflies

Birth of the Butterflies is a story of when death first came to the land from the Murray River, New South Wales, is retold with permission, by June Barker.

A LONG TIME AGO, back in the Dreamtime, all the creatures of the land could talk with one another. They lived happily together and had no experience of death.

Throughout the summer months, it was the custom of the different tribes – the animals, the birds and the reptiles – to gather together on the Tongala River (Murray) and enjoy the cool water and the shade of the big red river gum trees. The wise old men of the tribes would sit and talk, while the younger members enjoyed themselves, swimming and playing.

One day, Ghingee, the cockatoo, fell off his perch in a high tree and broke his neck. He lay on the ground, quite dead.

Then, all the medicine men tried to awaken the cockatoo, but without success.

A general meeting was called, to discuss the matter of the dead bird.

Next, the great chief of all the birds, Mullian, the Eaglehawk, was asked to explain this mystery of death. Mullian took a pebble and threw it into the river. All the onlookers saw the pebble hit the water and disappear from sight.

Turning to the tribes, Mullian said, “There is the explanation of the mystery. As the pebble has entered on another existence, so has the cockatoo.”

For the rest of this story, click here to buy Gadi Mirrabooka – Australian Aboriginal Traditional Stories 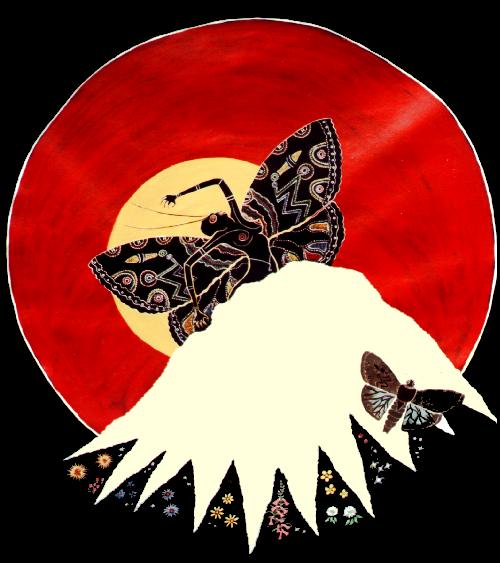