These are the 33 Aboriginal stories from the Dreaming in Gadi Mirrabooka. Click links to start reading. 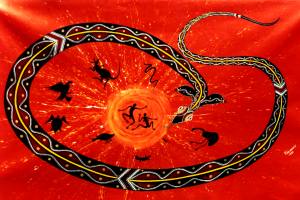